My colleague Tom at Paramore Productions made this video last year for a great Rock n’ Roll band from Plymouth called ‘Moriaty‘.  The band have been signed to EasyAction Records and are about to release a new EP, from which they wanted an accompanying video to the track ‘Esperanza’ ; an awesome thumping tune with a spanish tinge to it.  The band asked Tom & I to shoot the video for them on a low budget, however they had some big ideas with a story revolving around strippers, drugs, booze and revenge! 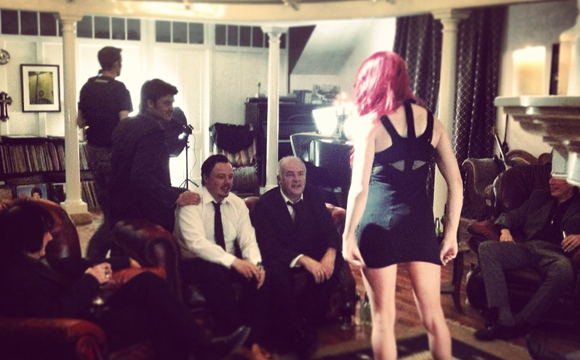 The shoot came together very quickly with the band pulling in favours from friends and fans on Facebook.  We filmed the first part of the narrative on the 8th June down in a converted chapel in Hayle which happened to be their record label boss’s home.  What a great location! It certainly looked the part for a drug-fulled stripper party!

Lighting was difficult seeing as we were limited with what we had to light with.  Luckily enough the gantry above provided a great overhead platform from where we could place our lights to illuminate a dance floor.

We were blessed to have a gorgeous model in Mia Northam to play our lady performer and she did a great job under some difficult circumstances with no prior acting experience.  Our actors all did a fine job with the lead bad guy, Steve, putting in an especially evil performance.

I must say when we turned up we only had a very loose idea of what the story was going to be.  There was no script! We just kind of made it up as we went along.  In hindsight we probably should have at least storyboarded something together beforehand, as there was a lot of waiting around and talking to try to piece together a useable scene. 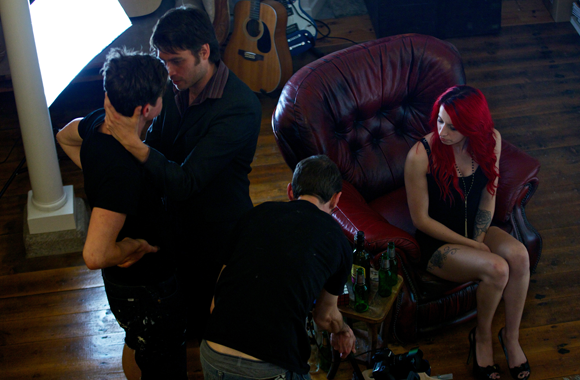 We shot on 2 Canon 5Dmk3’s at 50p simultaneously to save time as we were aiming to have the narrative portions of the video play in slow motion.  I mainly got tight detail shots from my 70-200mm and some handheld 50mm stuff whilst Tom got some great dolly and steadicam action.  After setting up for a couple hours we only started filming at around 10pm but didn’t finish until 4am!  At first it was slow going, but as the beer & wine before to flow (and there was a LOT of beer & wine consumed that night) everyone started to relaxed and we ploughed through the shotlist. 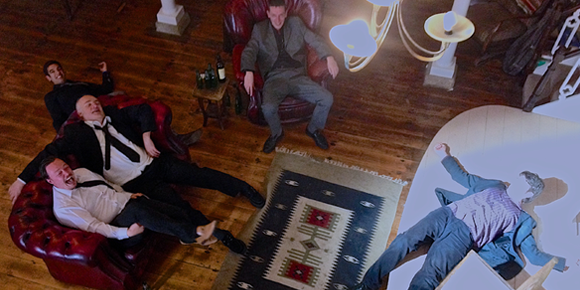 It was a bit of a rush to get the final shots of the night completed, which were also probably the more technical shots involving a 14ft jib arm sweeping over the gantry to reveal a room full of carnage.  I didn’t actually make it to bed until 7am as we were so anxious to see how the shots were going to look & grade.  We’re now prepping for the performance part of the video and the 2nd half of the narrative part which is being scheduled to be filmed in Torquay in the next few weeks. 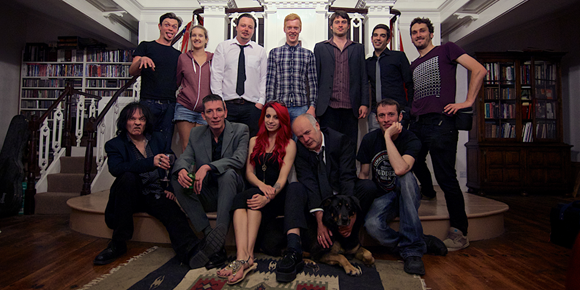 What a great bunch of people to work with! We had so much fun and I can’t wait to complete this video for the guys to start pushing it out there.